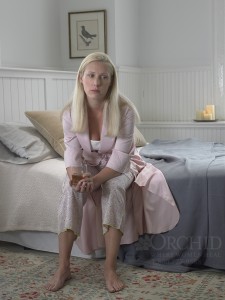 Anxiety, which can be described more specifically as generalized anxiety, panic attacks, obsessive-compulsive symptoms, or phobia symptoms, that is decidedly caused by the effects of a psychoactive substance, that is, a drug such as alcohol, is the primary feature of a medical condition known as a substance-induced psychotic disorder.

A substance, such as alcohol, can actually cause psychotic symptoms, such as anxiety and panic disorders during intoxication (while the person under the influence of the drug) or during withdrawal (when the person stops drinking or using).

The Diagnostic and Statistical Manual of Mental Disorders (DSM IV), produced by the American Psychiatric Association, dictates that that a diagnosis of alcohol induced anxiety is made only when the anxiety symptoms are more extreme than what would be expected during intoxication or withdrawal and also when severe.

This is described as feeling nervous and powerless and having an overall sense of impending doom. Physically, it describes having an increased heart rate, rapid breathing, sweating, trembling, feeling weak or tired, and having trouble concentrating or thinking about anything other than the present worry.

A panic attack is a sudden episode of intense fear that triggers severe physical reactions when there is no real danger or actual cause. Panic attacks are extremely frightening; there’s a feeling of loss of control and many believe they are experiencing a heart attack or even dying.

Uncontrollable obsessive thoughts that lead to compulsive behaviors, usually done as a way to feel some sense of control in otherwise chaotic life circumstances.

#4. Symptoms develop during, or within one month, of intoxication or

#5. Symptoms develop during withdrawal from alcohol

Alcohol withdrawal syndrome is a very real and sometimes dangerous medical condition that occurs when someone tries to stop drinking without the help of a medical professional. It is a condition marked by both physical and psychological symptoms, with extreme anxiety and panic being just a couple of those.

#6. Symptoms are not actually part of another anxiety disorder

Such as generalized anxiety disorder, phobias, panic disorder, or obsessive-compulsive personality disorder and that is not alcohol induced. For example, if the anxiety symptoms began prior to substance or medication use, then another anxiety disorder is likely.

#7. Symptoms do not occur only during delirium – a sudden severe confusion due to rapid changes in brain function that occur with physical or mental illness, such as that which occurs during alcohol withdrawal.

#8. Symptoms cause significant distress or impairment in functioning

Which can exacerbate the anxiety symptoms and lead to other problems, such as an inability to function is daily activities due to panic disorders and overwhelming anxiety.

The prognosis, or future outlook, on alcohol induced anxiety is a good one, should you successfully stop drinking.

Alcohol induced anxiety symptoms usually subside once the culprit (alcohol) is eliminated from the equation. Depending on how much and for how long you were drinking, your metabolism and other such idiosyncratic factors, symptoms can persist for hours, days, or weeks after last use. Obsessive-compulsive symptoms induced by substances sometimes do not disappear, even though the drinking has stopped. More intensive treatment for the obsessive-compulsive symptoms would be necessary and should include a combination of medication and behavioral therapy.

If you experience a psychological disorder such as anxiety as well as a substance abuse or addiction disorder such as alcoholism, specialized treatment called ‘dual diagnosis’ is available. Call us toll-free at 1-800-777-9588 to speak directly with an Addiction Specialist. We are available 24/7.