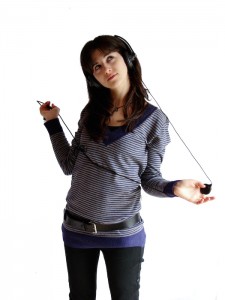 New year, fresh start. How are you going to mark the new calendar year? Many often use this time to “negotiate” their use of substances. Some common resolutions among those who believe that their substance abuse is still manageable include:

Is one of those – or something like it – one of your new year resolutions for 2013? What about last year? Did you resolve something similar in 2012 and find that by Valentine’s Day – if not earlier – you’d already blown it?

The problem with resolutions is that they signify awareness that change needs to be made but they often aren’t followed up by a step-by-step plan to make it happen. Acknowledging the desire to lead a healthier life is the first step, but real work is necessary in order to implement that change. You have to have a plan that can be accomplished in small steps each day as well as a support system that holds you accountable for your actions. Simply saying the words is a good start, but long-term change happens when you plan out actionable steps that will help you accomplish your goal.

Substance Abuse is a Medical Disorder, Not a Bad Habit

Daily habits are made or broken in about 21 days, when they are not medically related or mental health behaviors. For example, if you decide that you want to stop biting your nails, you can do this through sheer will power, forcing yourself to stop the habit every day. After three weeks, it becomes easier and in order to maintain the new habit of not biting your nails, you have only to recognize the desire to indulge in the behavior and then not do it. Difficult, but not impossible.

When the behavior that needs curbing is related to addiction, it can be a far more difficult process and almost impossible to accomplish in the long-term on your own. Medical disorders require medical treatment. If you are unable to stop drinking or using drugs on your own for more than a few days, it is likely that addiction is an issue and if that’s the case, the first step in your actionable plan to accomplish your new year’s resolution is to seek professional treatment. Women who are ready to change their lives in 2013 can contact us at The Orchid today to get started on a woman-centered treatment program that will give you the tools you need to build a solid new foundation in 2013. Call now.