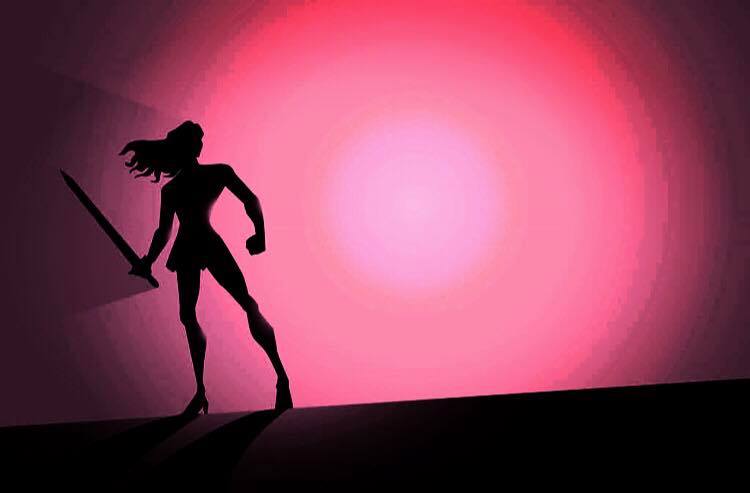 As a super-geek myself, any opportunity to talk super-heroes is a chance I’m willing to take. But this is actually a really cool way to touch on some difficult topics. So this is for all comic-book-loving-ladies AND comic-book-lady-lovers!

For many decades people have found incredible stories of empowerment in the pages of comic books. Super-human beings have shown us fantastic journeys of mild-mannered people who somehow obtain awe-inspiring abilities and use them as defenders of justice. In the last several years, superhero cinema has taken the world by storm as some of the most iconic vigilantes and intergalactic warriors have been brought to life on the big screen.

Some of the most popular and empowering characters are the Super-Women; the strong and courageous female characters who bring a new level of strength to the comic book pages or the screen. The DC Comics’ movie Wonder Woman blew audiences away with its stunning portrayal of probably the most well-known female comic book heroine. It is amazing to now see more Super-Women taking center stage.

But even heroes struggle. We get to see many of them as underdogs or outsiders. We see them as survivors of great tragedies and harsh traumas who try to preserve and protect others. But did you know some of the female comic book characters you love have actually struggled with addictions?

Published by Marvel Comics in 1968 and originally appearing as a member of the United States Air Force, Carol Danvers later became Ms. Marvel (a counterpart to the male version of Captain Marvel) in 1977. Ms. Marvel is often considered one of the most iconic female characters in comic book history. The title alone was socially progressive for its time, reflecting the use of the word “Ms.”, which was associated with the feminist movement of its time. Also, Carol Danvers actually fought for equal pay for equal work in her civilian identity. The character finally took the mantle of Captain Marvel in the early 2000s.

Captain Marvel just so happens to be one of the most important recovering alcoholics in comic history.

In one story, Captain Marvel develops a drinking problem as she begins to lose her powers. Ironman AKA Tony Stark, who is actually also a recovering alcoholic in his own story arc, recognizes her problem, but too little too late. Captain Marvel even quits the famous crime-fighting team the Avengers. For some time she actually fails to overcome her drinking, even suffering from alcohol poisoning.

Thankfully, Captain Marvel ultimately finds sobriety and we even see her become a member of AA in order to address her drinking.

Currently, the MCU is developing a Captain Marvel film starring Brie Larson and many hope it will be the next epic female superhero story to take the genre by storm.

Karen Page may not be an actual superhero, but her character has become pretty main-stream since the Netflix series Daredevil helped spark an increasingly popular line of Marvel superhero shows. Portrayed by Deborah Ann Woll, Karen Page is a major female lead for the series.

In the comic books, Karen Page is Daredevil AKA Matt Murdock’s former secretary-turned-ex-girlfriend. Murdock reveals his identity to her, which ultimately drives Page away out of fear for his safety. Page leaves Murdock and moves to California to pursue a career in acting.

Sadly, Karen is lured by the dark side of Hollywood and becomes a heroin addict. Eventually, Murdock helps Karen beat her heroin addiction and the two rebuild their relationship, in a dark but deeply personal story-line that we probably won’t get to see unfold on the show in quite the same detail, but given the current opioid epidemic in America, maybe it wouldn’t be a bad idea to show Woll’s version of Page overcome such a crippling addiction. (We saw a similar downward spiral into opioid and heroin abuse, played incredibly well by Tom Pelphrey in the Netflix superhero series Iron Fist with the character of Ward Meachum)

Siryn (who is later known as Banshee) is an Irish mutant with the power of a “sonic scream” who originally showed up as a villain. She has over time turned to the side of good as a core member of the X-Force in a popular X-men related series of publications, and even holds a romantic relationship with the now infamous Deadpool.

At one point in her popularity, Siryn struggles with crippling alcoholism. In one issue, this fight is poetically portrayed as an actual battle with the bottle, although sadly she loses that fight. She’s shown hitting her own rock-bottom and feeling helpless, but thankfully heroines always find a way.

Siryn eventually learns to cope with her drinking problems, along with the help of fellow mutant Warpath. As of recent issues of the X-Factor comic she is leading a happy, determined and sober lifestyle.

As the illegitimate and only daughter to Deathstroke, one of Batman’s most notorious adversaries and complex anti-hero in other moments of DC history, Rose Wilson is already dealt a rough hand. Being bred as an assassin, Rose Wilson was mentally and emotionally abused by her father. At one point Rose takes on the mantle of Ravager, as she also grapples with mental health issues, depression, self-harm, and addiction.

This young woman later sought some form of solace by abusing the prescription drug epinephrine; huffing it from asthma inhalers.

Much like the character of Ravager leaps back and forth between being a hero and a murderous assassin, Rose Wilson experiences drastic periods of control and relapse. She experiences moments of clarity after recognizing her dependence and the damage drugs are doing to her body, but as she continues to struggle with self-worth and her place, her resistance falls away.

If anything, this character shows us that recovery from addiction is far more difficult than some people may believe, and reminds us that it isn’t always a happy ending. This narrative remains tragic for now, but it reminds us that addiction is a cunning illness we can’t take lightly. Hopefully, one day Ravager will get another shot at sobriety.

This young lady has become massively popular for the recent depiction of the character in the movie LOGAN, a legendary farewell performance of the comic character Wolverine by Hugh Jackman. In the film, X-23 AKA Laura Kinney, is played by 12-year-old British-Spanish actress Dafne Keen. Many audiences say she nearly stole the show with her fierce portrayal of the young mutant super-heroine.

Laura, a clone of Wolverine, was part of a secret weapons experiment. Her whole life she was abused physically, mentally, and emotionally. She is withdrawn and thus has very unhealthy reactions to unusual feelings such as guilt, love, and anger. Many women experience this kind of emotional turmoil while trying to recover from trauma. With such a lack of fundamental coping skills, X-23 cuts herself with the bone claws in her hands.

X-23 is perhaps the most well-known comic book character who suffers from an addiction to self-injury. Note- some see issues of self-harm not only as a mental health issue, but as a behavioral addiction in itself. In fact, there are several female comic book super-women who self-harm, and their respective publications try to address the issue and bring awareness to it.

The LOGAN film was rated ‘R’ for intense violence and the graphic nature of the film, and surprisingly the young Laura Kinney actually shows this dark part of the character in a brief glimpse. While many hash it all up to the fact X-23, like Wolverine, has accelerated healing that protects her from severe damage and leaves no scars, it is still a graphic and deep expression of this characters pain. As dark storylines go, it is definitely a powerful and tragic one that shines a light not just on addiction, but also on trauma and mental health disorders.

The reality is that these stories are used as a platform to reflex very real issues happening every day with women everywhere. Many of the writers behind these and other stories of trauma, addiction and mental illness in comic books have said they know the power of their platform, and so by adding these complex and tragic dimensions to their characters, they are able to drive a conversation and simultaneously raise awareness.

Comic book heroes express the ideas and the courage behind the everyday heroes of the real world. The strength of those recovering from trauma, mental health disorders, and substance abuse can be drawn into a character that we can all look up to and idolize. These works of art help us see the better parts of ourselves, even though the desperation of drugs, alcohol, self-harm and other adversities.

Women in recovery are everyday heroes! They have a power and compassion like nothing I have ever seen before. All it can take is changing your life and helping others to save the world for someone.

Every heroes journey starts with taking steps toward a better future. The Orchid Recovery Center believes in nurturing women in recovery to help you align with your inner-power so that you can recover to a world worth saving. If you or someone you love is struggling, please call toll-free now 1-800-777-9588.