3 Signs I Ignored When I Had an Eating Disorder 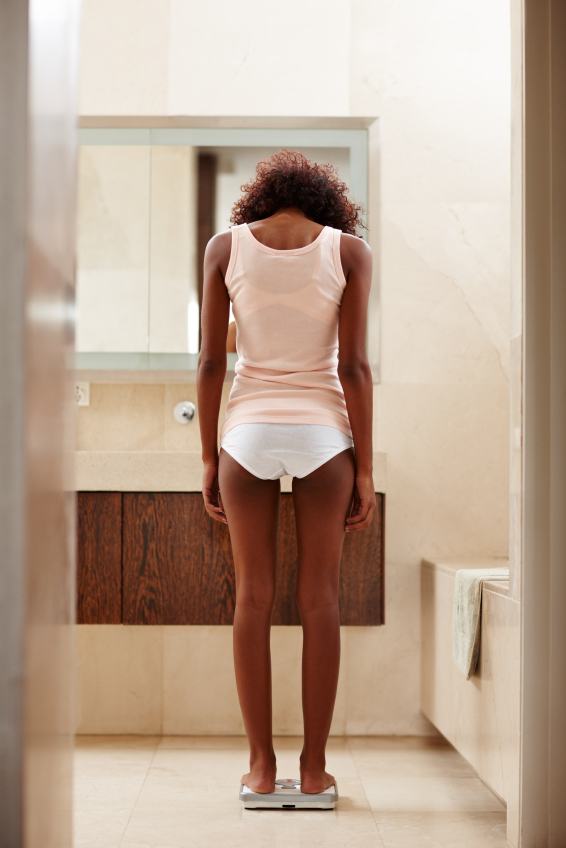 Today, I spent some time looking at old journal entries and it reminded me of the years I spent in my adolescence obsessing over my weight. I remember carrying a food journal with me at all times and writing what I ate in it. I remember frantically rushing home from school to research the calorie content.

My goals were always unrealistic and over the top.  For some reason, I tend to go to extremes when trying to find a solution to my problems, something I still struggle with today. I guess it’s similar to any addiction:  taking unhealthy extremes to cope with your emotions rather than healthy rational ones.

The whole time, I never really realized I had a problem. For months, I saw the numbers decrease but I hardly noticed a change when I looked in the mirror. The way I looked wasn’t the point anyway. I thought it was but honestly, I wore the same clothes,  they just became baggier. My insecurities did not change, they became worse.  Despite the weight loss, I still never gained the confidence in my smaller body to appreciate it any more than I did when I was overweight. In fact, I weigh more now and have way more confidence in my appearance.

Looking back, there definitely were some red flags that I completely ignored. Actually, looking back, I feel I was completely delusional. However, my eating disorder was my way of coping with the crazy anxiety and depression I had as a young girl struggling with depressive thoughts and dealing with social anxiety. My eating disorder became my friend and my obsession when I needed it most. Sometimes I regret it. I could have learned to play the piano pretty well (always liked it)  in the hours I spent obsessively writing in my journal about my weight. Still in the end, it made me the compassionate person I am today when it comes to others who struggle with addiction and mental illness.

Honestly, I find it hard to believe I used to struggle so much with body image especially since I have such a healthy outlook on it today. I credit that to meditation, writing and yoga. Although I’m in such a different place now, I always think of these three moments in my life where clear signs appeared that I had a problem and it reminds me that yes, I really did have an eating disorder. And yes, it did get really bad.

Here are 3 signs of anorexia I experienced that I ignored:

Honestly, there are so many other signs that should have clued me into the fact that I had a problem. I remember my sister telling me she missed the “old me” because my eating disorder has drained all my personality away. Fortunately, I soon realized how much I was hurting my family and slowly, I started learning how to approach eating in a healthier way through their encouragement and monitoring. When I started to gain the weight back, that is when I realized all the signs I had ignored and all the destructiveness I put myself through. It was hard to let go of my eating disorder, but worth it.

If anyone you know has an eating disorder, remember that they may not even realize how bad it has gotten or how they are acting. Their eating disorder has consumed their minds and until they gain the weight back, they are not able to rationally understand that.  Remember, when a person has an eating disorder (such as anorexia), and is restricting themselves, they are malnourished! It’s not just their body, it’s their brain. This took me a while to understand. Be patient with them through this difficult time.

Let someone with an eating disorder know you love and care for them. Find professional treatment to ensure success in their recovery. If you or someone you love is struggling with substance abuse or addiction, please call toll-free 1-800-951-6135