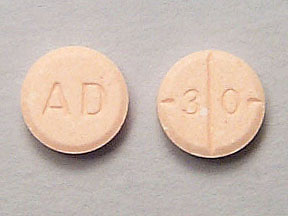 People with addictions to illicit drugs like heroin can obtain help from medications. Chemical concoctions can help to soothe their cravings, allowing them to feel relaxed and focused as they move forward with their addiction therapy programs. Unfortunately, people who are addicted to Adderall won’t find this kind of help from a prescription pill bottle. In fact, the National Institute on Drug Abuse reports that there are no medications that are currently approved by the FDA for those in recovery from a stimulant addiction. This doesn’t mean that recovery from an Adderall addiction is impossible, however. In fact, many people who are addicted to Adderall find immense relief through traditional therapy programs that have been developed to assist people with other stimulant addictions. Read on to find out more about how these programs work.

People with attention deficit hyperactivity disorder (ADHD) have an abnormal amount of activity in their brain cells on an almost constant basis. These extra pulses of energy keep them from completing tasks, and they may display other troubling behaviors, including:

Amphetamine contained in Adderall helps these people to calm their overactive minds, allowing them to function at a more sedate speed. Using this medication, along with appropriate therapy, can help these people to stay focused and behave in ways that their peers find more appropriate. Most people who take Adderall in therapeutic doses don’t experience any sort of long-term damage due to the drug. Instead, the drug helps them to correct the damage they’re dealing with on a daily basis, when they don’t have access to Adderall.

People who abuse Adderall, on the other hand, may experience damage as they’re taking doses that are much higher than the doses taken by people with medical conditions and prescriptions. For example, many people who abuse Adderall develop addictions, and they become unable to control the amount of the drug that they take. This addiction has also been demonstrated in studies using rats. In one such study, published in the journal Drug and Alcohol Dependence, rats were given a solution of amphetamine and another solution made of only water. After 16 weeks, some rats developed a clear preference for the amphetamine solution, and this continued even when researchers added a bitter taste to the amphetamine solution. As studies like this make clear, amphetamine addictions don’t have to do with a “liking” for the drug. Instead, they come from specific chemical changes within the brains of people who take them. The use of the drug becomes compulsive. 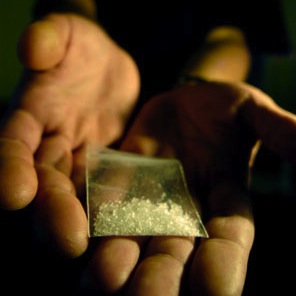 All stimulants cause changes in the pleasure centers of the brain. The drugs encourage the cells to either release more pleasurable chemicals, or they block the cells from recycling pleasurable chemicals they have already released. According to a study in the Journal of Biological Chemistry, methamphetamine causes much higher surges of pleasurable chemicals, when compared to amphetamine. As a result, people who take meth may experience severe changes in the brain, and they may struggle with symptoms of crushing depression when they attempt to stop taking the drug. These chemical changes burn out the brain’s ability to process signals of pleasure, and they leave the user bereft without access to drugs. People who take Adderall might experience these same feelings of depression, but their symptoms might be more muted, when compared to people who take meth.

Similarly, an extensive study conducted in Illinois determined that methamphetamine was able to cause serious deficiencies in cognitive abilities. Amphetamine caused similar issues, but the degree of damage wasn’t as severe as the damage seen in the cells exposed to meth. Both sets of people might have difficulty learning new information, but those who took drugs like Adderall might have a smaller degree of difficulty, when compared to those who took meth.

This information is important to understand, as some addiction treatment programs provide generalized help for people who abuse stimulants. As a result, people who abuse meth might be given the same treatment as people who abuse Adderall. These study results clearly demonstrate that the course of addiction, and the damage done, is radically different between the two types of groups. As a result, it’s best for addicted people to look for programs that specialize in dealing with Adderall addiction. Here, they can get tailored help for the very specific problems they’re facing. Instead of being provided with help that might not be right for them, they’ll get real help that’s designed just for them.

Since there are no medications that can be used to turn off an addiction to Adderall, people who are addicted will need to learn to use the power of the mind to keep their addictions under control. In therapy sessions, addicted people learn to identify situations in which they’re tempted to return to drug use, as well as skills they can use when they’re unable to avoid these situations. This skills-based therapy allows people to think through their addictions, learning more about how to read their bodies and understand their cravings, rather than simply responding with drug use when the urge to do so appears. Therapy sessions like this are sometimes augmented with contingency management techniques. Here, people are provided with prizes or gifts when they can produce urine tests that are free of evidence of stimulants. This technique helps people to stay engaged in their therapy, feeling a sense of accomplishment with each prize they receive, and staying motivated to participate in care on an ongoing basis. In a study in the journal Addiction, researchers found that behavioral therapy was quite effective in helping people to achieve long-term recovery from stimulant abuse, and contingency management was also effective in helping people to refrain from use. Study results like this have made behavioral therapy the front-line choice for people with an addiction to Adderall. 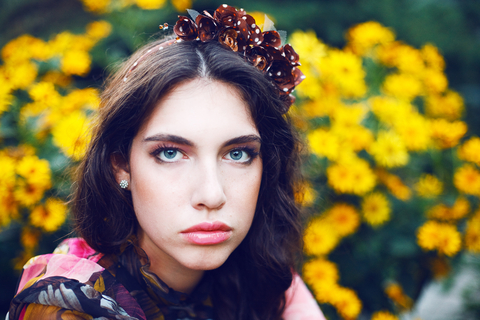 Therapy sessions are customized to meet the needs of the individual addict, meaning that any and all triggers that could lead to an Adderall relapse are explored and discussed. For many people, these sessions revolve around stress management techniques. People who become addicted to Adderall often do so because they’re attempting to manage many disparate parts of their lives, all at the same time. They can’t seem to determine how to best handle all of the demands placed upon them, and Adderall seems to help them ease these concerns and allow them to do much more within a shorter period of time. Women seem to fall prey to this problem remarkably often, and therapy can help them to avoid the urge to be all things to all people. With help, they might learn to refuse to take on tasks that they simply cannot handle. Women might also benefit from body acceptance therapy, if they’ve been using Adderall to help them lose weight. This technique can allow women to think hard about the pressures society places upon them to be thin and perfect, and might allow women to simply learn to love their bodies the way they are.

Relaxation skills might also be important for people who have become addicted to Adderall, and addiction programs might help clients to develop these skills by providing them with lessons in:

When addicted people are tempted to return to Adderall to deal with stress, they can engage in one of these alternate activities to calm their minds and take control. And by engaging in these activities on a regular basis, they can keep stress and distress from building up in the first place. These therapies can be key to a whole new way of living.

If you’re a woman struggling with an Adderall addiction, we’d like to help you. At The Orchid, we specialize in providing care to women with addictions, and we’ve developed an innovative program that pairs the best of conventional addiction treatment with therapies known to work best with women. If you’d like to know more about what these programs entail, and how you can get started, please contact us.